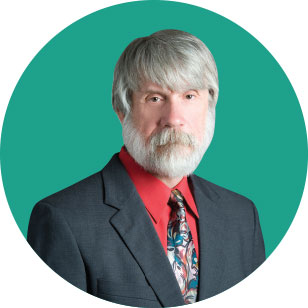 Steve Irving was elected to the DEMCO Board of Directors in 1987. A native of Alexandria, Louisiana he attended LSU-A, LSU, and the University of Alabama. In 1971 he moved to Baton Rouge and enrolled at LSU Law School.

After graduating Law School in 1974, he accepted a position with the Attorney General's office. In 1976 he was named director of the Consumer League's Energy program. During his tenure with the Consumer League, Irving was named as a Consumer Advisor to the U.S. Department of Energy to assist in the formulation of the national energy policy.

In 1981, Irving entered his private law practice in Baton Rouge on a full-time basis. He has been recognized for his efforts on environmental cases. From 1989 to 1992 Irving also served as an Assistant Attorney General and Chief Counsel for the Louisiana Inspector General.

Steve serves as the Technology Lead for the Louisiana Region of Red Cross and is also a manager in Disaster Services Technology, the volunteer force within Red Cross that supplies IT and communications support for relief operations. He is also an Emergency Coordinator for the Amateur Radio Emergency Service Region 2 and has been involved in disaster communications for 50 years.